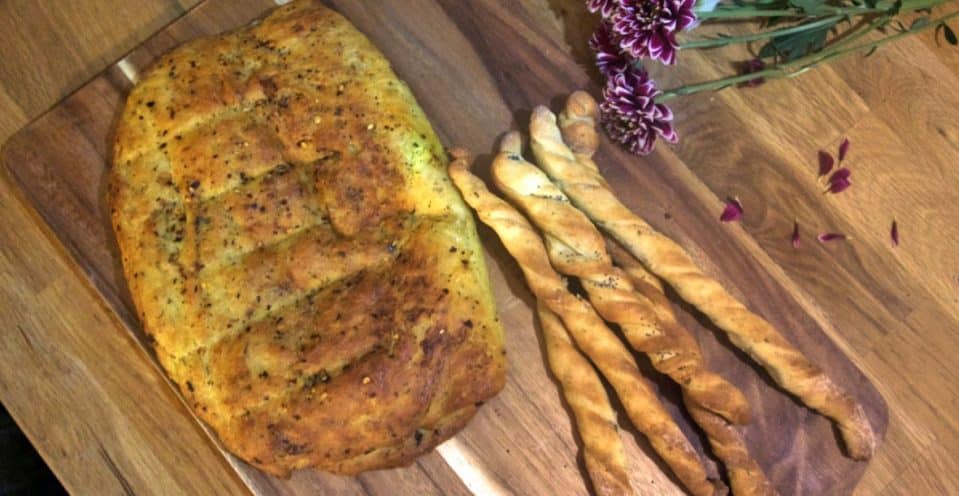 Who doesn’t love the smell of bread baking? I haven’t actually baked bread many times, in fact, the number of times can be counted on one hand alone. As a baker, I’ve traditionally focused on tray bakes, cakes, cupcakes and muffins; stuff that I can easily share in an office or party environment. Bread is definitely one of my weaknesses, but having said that, each time I’ve baked bread, it’s turned out alright. The last time being when I made hot cross buns!

I’m also a massive fan of the Great British Bake Off, but only since 2015. Bake with a Legend launched in August 2016 and offers classes in London and Manchester led by famous bakers. I attended a class with Legend, Paul Jagger, recently. Paul took part in the Great British Bake Off in 2015 and is notably most famous for his bread lion sculpture.*

Food Sorcery is located in East Didsbury, attached to the Waterside Hotel. It is conveniently located at just a 15-minute walk from East Didsbury train station and Parrs Wood, although there a slip road leading up to the hotel without a pavement to walk on. (There is actually plenty of space for one car and a person to walk on the edge of the road, but if there are two going in opposite directions, things might get complicated). There is plenty of parking available on site if you are driving.

Inside and up the stairs is where the magic happens. Food Sorcery is large enough to deal with a class size of 18 people maximum. There are two kitchen islands, each with 4 ovens and a set of hobs above. There is a counter from which the instructor teaches from, as well as a large table at the back from which the group talk around before and after baking.

Bake with a Legend

The group gathered around the table to talk with Paul prior to the class, as people turned up. After everyone has gathered, signed a consent form and put our aprons on, the class started. We were going to be baking two things, Asian spiced garlic bread and Grissini sticks. The timings of the class meant that when one dough was prooving, we could work on things for the other bread; this meant that time was never wasted just waiting around.

Paul would go through the first few steps, then we would go and do them and then he would call us back to the front to do the next steps. This meant we weren’t solely relying on the recipe sheet in front of us and allowed us to ask questions about each step before we attempted them ourselves. Paul will come and help with any problems you have during the class but otherwise he will leave you to it. Staff are on hand if you need more spoons, a knife, ingredients etc. All ovens will be preheated to the right temperature and all dishes will be cleaned away so you are left with the fun part!

The Asian spiced garlic bread is made with a dough with as much garlic, mixed herbs and chilli flakes as you want. Inside the dough is filling made from a mixture of chickpeas, bell pepper, onion, coriander and a blend of Asian spices, then topped with mozzarella.

It was actually quite hilarious: as Paul folded the dough over his filling, he realised he forgot to put the mozzarella in. This had actually happened the last time he taught this class! As you can see in the photos, the bag of mozzarella was just within an arm’s reach. A reminder that even those who bake loads can still mess up!

The Grissini sticks take less time to proove, so it was the perfect thing to make whilst we were waiting for our other dough to proof. Rosemary and parmesan made the base flavours for these. Paul even brought in his own fresh rosemary from his garden, wrapped up in moist kitchen roll and then clingfilm to keep it fresh.

Paul taught us three ways of shaping the breadstick. A slightly dryer dough allowed for better shaping of these as the twists keep their shape more. We then sprinkled them with a choice of sea salt, sesame seeds and poppy seeds.

Myself with Dr C from MissPond.com

Whilst we were waiting for the bread to finish baking, we all sat around the huge end table with a glass of prosecco or soft drink, whilst we sampled Paul’s bakes. We had a conversation with Paul about his experiences on the Great British Bake Off and after. It was really nice getting to know the man behind the TV persona and a reminder that people on TV are portrayed in a certain way and that there is more to people than what gets aired. You get as much out of these sessions as you put in, so come armed with a couple of questions!

Both my bakes came out really well and I enjoyed taking them home and consuming them in my own time. I have since frozen some of the garlic bread to eat another time. I thoroughly enjoyed my morning Baking with a Legend and would recommend this experience to anyone seeking something unique and special. You do not need to have any baking experience to sign up!

Other reviews of the same experience below to give you more information from a different source: