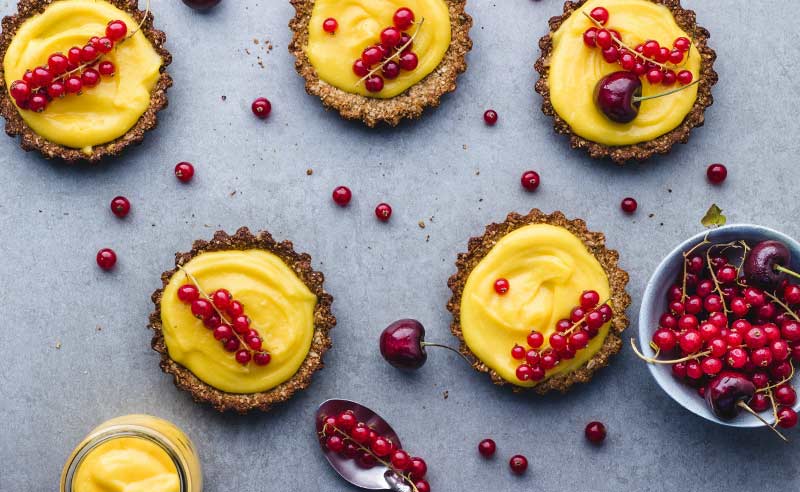 Our cookery classes are as much about learning to cook as they are a sociable experience. We hope you enjoyed your day and are ready to recreate the bakes at home.

An Eccles cake is a small, round pie, similar to a turnover, filled with currants and made from flaky pastry with butter, sometimes topped with demerara sugar. The word cake has generally since narrowed in meaning to sweet, leavened baked goods, except this example.

It is not known who invented the recipe, but James Birch is credited with being the first person to sell Eccles cakes commercially; he sold the cakes from his shop, at the corner of Vicarage Road and St Mary’s Road, now Church Street, in the town centre, in 1793. John Ayto states that Elizabeth Raffald was possibly the person who invented the Eccles Cake.

Eccles cakes do not have Protected Geographical Status, so may be manufactured anywhere and still labelled as “Eccles” cakes.

The Chorley cake from Chorley is often seen as the most similar variant of the Eccles cake, however it is flatter, made with shortcrust pastry rather than flaky pastry and has no sugar topping.

The Blackburn cake is named after the town of Blackburn and is made with stewed apples in place of currants.

In East Lancashire a cake known as a “Sad Cake”, can be found in the Darwen, Blackburn, Accrington, Burnley, Colne, Nelson, Padiham areas and throughout the Rossendale area. The Sad cake is often up to 12 inches (30 cm) in diameter.

The Banbury cake is an oval cake from Banbury, Oxfordshire, similarly filled with currants.

Try changing the ingredients but keeping the method the same.

You could do Christmas style sweet mincemeat or maybe add grated apple, cinnamon or mixed peel and additional sultanas. Experiment with different flavours

Our Vouchers Never Expire
and can be used on any class