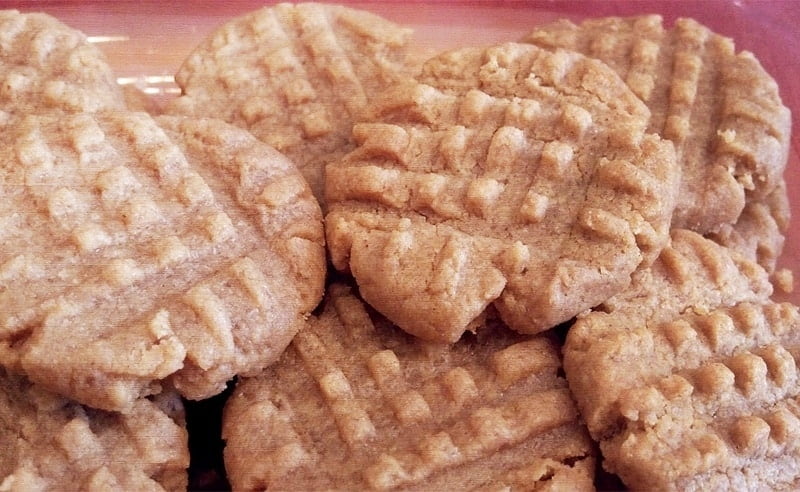 This super quick snack is a great post-run or after-workout treat. The recipe was used at our cookery class for runners. The main ingredients provide a balanced mix of good carbohydrates, protein and natural sugars from dates. It is an ideal fuel for us who have a busy lifestyle but trying to eat healthily.

This recipe was made at our Fit Food – Running Class, created especially for Didsbury runners and their training for the Manchester Marathon

A few weeks before the big day start experimenting with different foods before and after a run, this will help you find the recipes you like – the last thing you want on race day is an unhappy tummy. Look for low GI carbohydrates such as past and wholegrain rice as they are slow energy releasing so will build up your carbohydrate stores. Make friends with pasta and porridge the final week before the race for real carb-loading. Watch out for gas-inducing carbs, such as broccoli, cabbage, beans or too much fruit, it can make running uncomfortable!

Prior to long runs

Up to a few hours before any long run, eat a meal high in low GI carbohydrates, moderate in protein and low in fat to give your body all the nutrients it needs for the next few hours. Good options are porridge with fruits, a chicken sandwich and fruit or a bagel and peanut butter.

During runs over 90 minutes you need to replenish your carbohydrate. The body stores around 2,000 kcals of glycogen and after a few hours of running, you need to top up your carb stores. High GI carbohydrate foods which release energy quickly. Choose specially designed sport gels and isotonic drinks or try making your own take along snacks. Fuel every 45-60 minutes during a long run, with around 30-60 grams of carbohydrate (120-140 calories) per hour (e.g. a large banana), and don’t forget to stay hydrated with plenty of fluids and electrolytes.

There is a window of around 30 mins to replenish carbohydrate stores and soak up muscle-repairing protein after a run. Chocolate milk is a good mix of protein and carbs or whizz up a smoothie with lots of fruit. Drink plenty of fluids too to replace water and electrolytes lost through sweat. 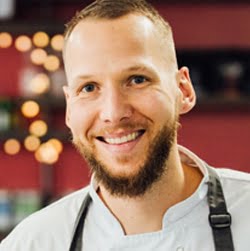 Has spent a lifetime learning the best cooking techniques and perfecting flavours, if 70% of being healthy is what you eat and 30% exercise then we need to concentrate on getting the best balance of tasty food into our bodies. He’s gone back to school to learn about nutrition, to research relevant, irrelevant and utterly absurd diets, so you don’t have to. 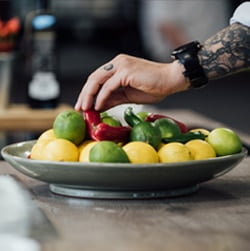