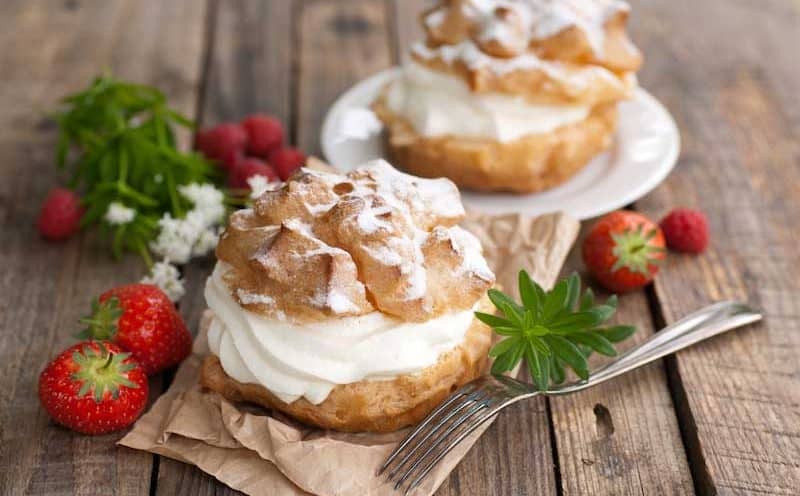 This recipe is for 4 Round buns and 6 Eclairs

Gently heat the milk in a pan with roughly half the sugar, the butter and vanilla extract.

In a bowl, whisk the egg yolks with the rest of the sugar and the corn flour.

Pour onto a large baking cling film baking sheet cover the surface with clingfilm and leave to cool.

For round choux rings

For the choux pastry: